Elevator to success: accelerators in the startup scene

Accelerators are an integral part of the startup world: Operated by experienced professionals from business, finance and science, well networked with the relevant corporations and investors, accelerators are nothing more than boot camps for start-ups and offer young companies the opportunity to implement an idea or help an even new product to break through to the market. This takes the form of material resources, often office space or financial subsidies, for example.

Even more important, however, is the know-how accumulated in such accelerators: Intensive coaching, strategic and technical support are worth its weight in gold for start-ups and can determine the success or failure of an idea. Accelerators are also an ideal platform for networking, as they are often organised by potential investors who can closely scrutinise their candidates before deciding on an investment.

Hot Spot in the cold north: the Vertical Accelerator Helsinki

Since Monday Idana has also been part of such a start-up program: Together with Lilian I travelled to Helsinki to participate in the four-day coaching and networking program of the Vertical Accelerator, which takes place in the Finnish capital from February 12 to 15. We had to prevail against numerous other start-ups in the run-up, only 2.5% of about 300 applicants were invited.

The Vertical Accelerator works together with major corporations such as Samsung, the pharmaceutical company Pfizer and many others – a real opportunity for us to work together. At least as interesting is the insight into another healthcare system: As in all Scandinavian countries, Finland is much more advanced than Germany, for example. In an OECD comparison, Finland is in the upper mid-range some places ahead of Germany, digital solutions are more widespread, patient apps, which transfer their data to the treating physicians, are the order of the day.

Finland’s approach of making citizens responsible for their health and increasing their personal responsibility is also promising: To this end, the Finnish government is increasingly focusing on prevention and health promotion – both typical areas of application of personalised medicine, which can benefit greatly from digital solutions.

As a result, we were able to agree on an exciting common vision with one of the companies, but we will have to specify the requirements and plans in detail in the near future. With many new ideas and further impulses in the luggage it goes now back to Freiburg. 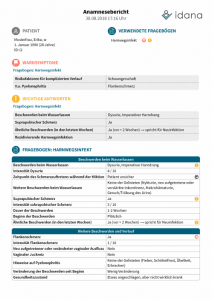 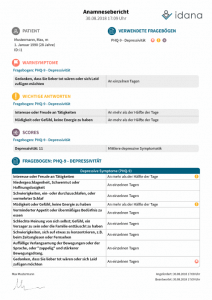